Army Capt. Carey DuVal is helping test a new robotic prosthetic hand that is changing the game for amputees across the world.

DuVal lost his hand in an IED attack in Afghanistan six years ago. After little to no success with previous prosthetics, he eventually discovered Westlake Village interface company, Biodesigns. Their prosthetic allowed him to return to weightlifting, CrossFit and yoga. It even allowed him to return to his job in the infantry, becoming the only amputee to get through Special Forces assessment selection.

“The second I got a sports prosthetic from them, it was a game changer,” said DuVal. “I went from having an extremely atrophied right arm to actually getting volume and mass back. My shoulder starting building back up.”

“Ultimately, that’s our goal is you get on with your life, you don’t even think about what you’re wearing, it’s part of you,” said Randall Alley of Biodesigns.

Alley is now proud to help take it to the next level, becoming the first facility in the country to test their interface with a new robotic hand made by a company called BrainRobotics.

To read more or view the video, please click here. 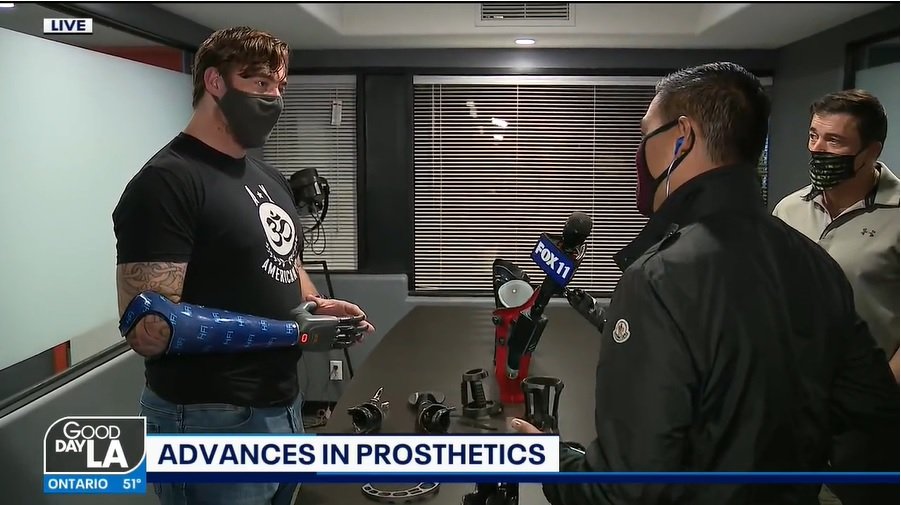